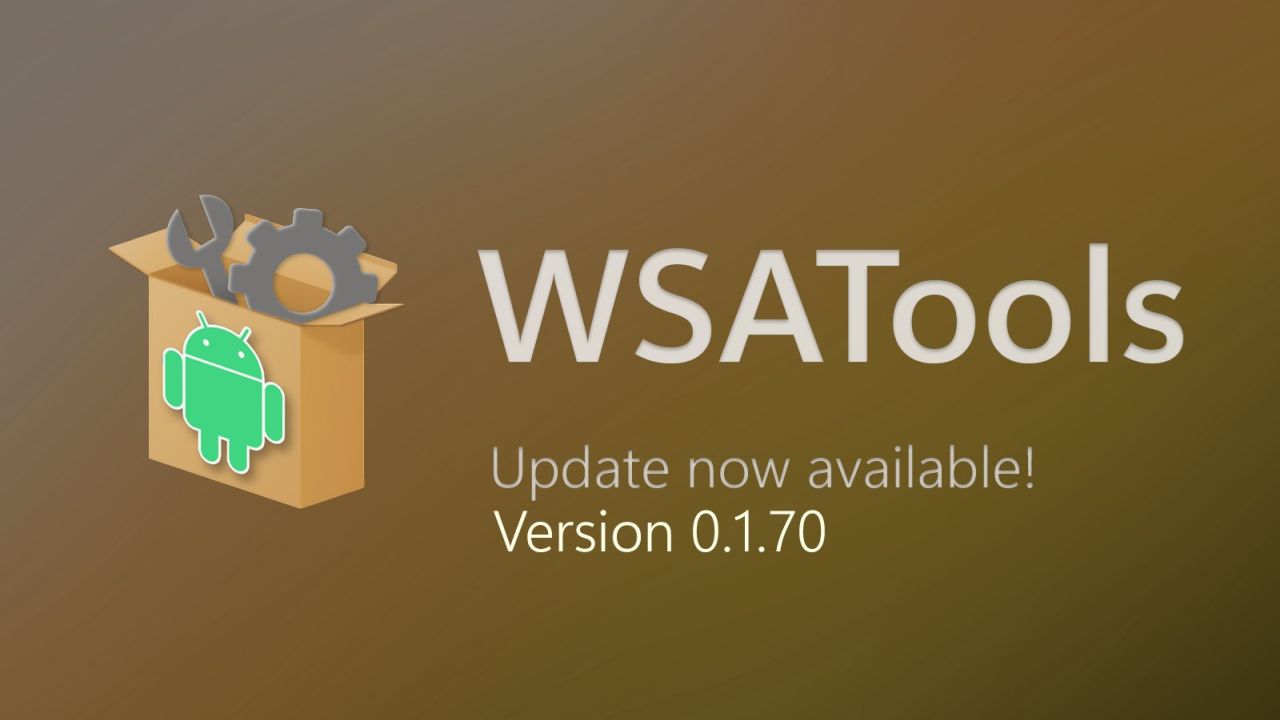 Windows 11 is Microsoft’s first operating system to officially bring Android apps to the ecosystem. This is what the platform does with the Amazon Appstore, also known as the Windows Subsystem for Android. The catch, however, is that you don’t get the full suite of Android apps available on the Google Play Store. WSAtools is the workaround that allows users to install Android APKs on their Windows 11. The tool was incognito until now, but is now officially available on the Microsoft Store.

The APK installer developed by Simone franco had its own set of issues like unexpected crashes, stuck loading screen, or the issue with the name coinciding with Windows’s own Windows Subsystem for Android. These problems are now almost over, as Simone is thrilled to see version 0.1.70 of WSATools on the Store.

The application description for WSATools calls for many disclaimers such as “WSATools is not an official application of Microsoft and is in no way linked to it” or “This application is unrelated neither to Amazon and Google ”. Other details include a list of features, such as hassle-free ADB installation for noob users and easy APK installation.

For WSATools to work on a Windows 11 PC, you need WSA, Amazon Appstore with WSA, and Android Debug Bridge. Other than that, the user must be registered with the Dev / Beta channel of the Windows Insider program.

Support for Android apps is currently not even available to all users through the Amazon Appstore, as it is currently part of the Windows Insider program, giving users a very good option to try out all available Android apps. The sideloader that’s coming to the Microsoft Store is great news for users who don’t want to complicate things too much on their PCs.