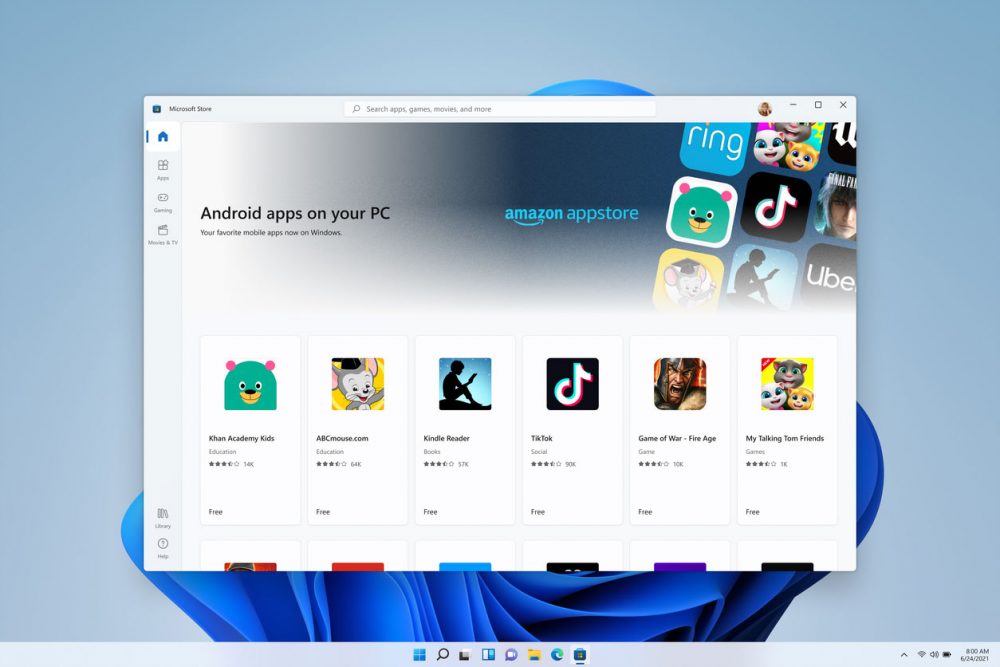 Microsoft last week removed an app that allowed Windows 11 users to upload Android apps to the platform. It looks like the app known as WSATools went against the rules of Microsoft’s Windows Subsystem for Android, which allows Android apps to be installed on Windows 11 from the Amazon App Store. .

Well, now the app has been restored to the Microsoft Store.

Microsoft’s Windows Subsystem for Android is in preview, allowing Windows 11 insiders to test Android apps on the platform. This comes from an integration with the Amazon AppStore, which means that Windows supports Android apps for the first time.

There are only about fifty applications available in preview. As users wait for the number to grow, Italian developer Simone Franco has created an APK installer called WSATools. It allows users to load Android APKs on Windows 11.

It was quickly removed from the Microsoft Store, but Simone wasn’t sure why. One possible reason was that Microsoft was trying to protect the exclusivity of the Amazon store.

However, this was not the case as it was a simple error that caused the deletion. Franco says he spoke with Microsoft and the app will now return to the store.

“Microsoft has just written me a very satisfactory letter with all the reasons why WSATools has been removed and … The letter contains clear suggestions and explains how to easily resolve them and get the application approved”, he said in a recent Tweeter. “The blank rejection notice was sketchy, but it turns out it was a mistake and they even apologized.”

As of yet, the app isn’t back in the Microsoft Store, but it should only be a matter of time.

Tip of the day: Fast boot (aka hiberboot, hybrid boot, hybrid shutdown) is a power setting that adjusts the behavior of Windows when it starts up and shuts down. While a quick start is unlikely to seriously harm your computer, there are several reasons why you might want to turn it off by following our tutorial.