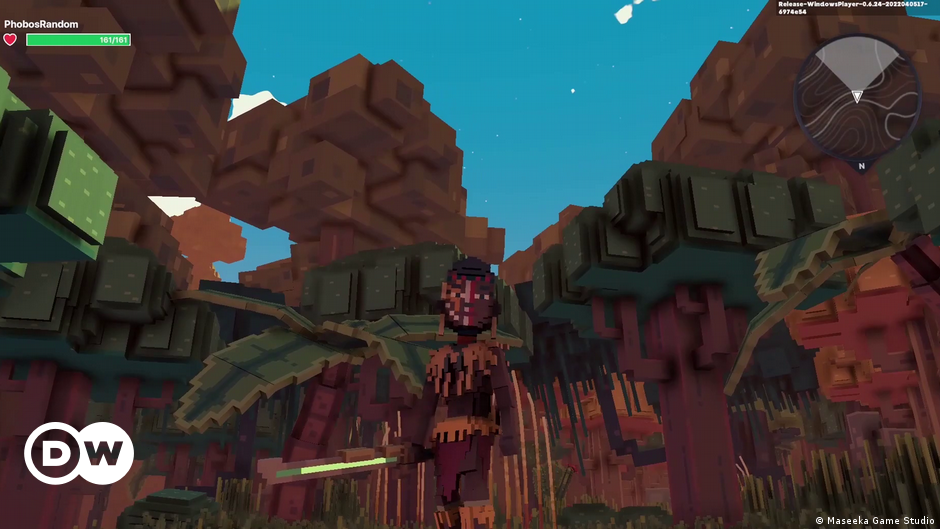 Teddy Kossoko is a Central African solutions architect and founder of Masseka Game Studio, a game design company that develops video games aimed at promoting African culture. A sore point in its efforts to showcase African-made games on the global stage has been the traditional App Store payment model.

When Kossoko launched Masseka Game Studio in 2018, it initially placed its suite of pan-African games on the Google Play store. Masseka was able to gain around 10,000 users but struggled to gain from its active user base. Game customers were primarily located in sub-Saharan Africa and lacked the credit or debit cards needed to make mobile game purchases through Google Pay.

So the founder decided to develop his own solution — an application designed to facilitate the payment infrastructure that African developers needed to make money from their products. He called it the Gara store.

App stores are not suitable for African payment methods

Barely 3% of people in sub-Saharan Africa use credit cards for payments. Debit card penetration is also low, at around 18% of the region’s population.

Kossoko initially wanted to work with Google to integrate cash and mobile money payments into the Google Play store model.

“I went to Google and told them I could create a system for Africans to buy mobile games,” Kossoko told DW.

But Google declined the offer, Kossoko said. “Google told me that if I put it in the Google Play store, they would remove it.”

Developers are not permitted to promote third-party payment technology in games hosted on the Google Play Store, per the company’s Developer Distribution Agreement (DDA).

Despite the limited payment solutions offered by Google’s proprietary app store, developing with Google comes with personalized support and full access to a suite of easy-to-use SDKs.

Creators who try to circumvent this model risk wasting time and money, Kossoko told DW. But he felt it was necessary for the future of his business to develop the Gara store anyway.

Kossoko and his team chose to develop an application for Android phones. Android is the dominant mobile operating system used by about 80% of people in Africa. The Android system is also easier to subvert than the Apple-managed iOS system, according to Kossoko.

“We can’t deploy our platform to Apple products because the system is locked down,” he said. “With Android, you can do whatever you want. The limit is your imagination.”

“They told me that most of the best developers who can do this stuff are in the US or Asia,” the founder said.

He took some of that advice and hired an American technologist, but he also made sure to onboard developers from Senegal, Ivory Coast, Benin, and Cameroon to help others learn about the technology that his company was creating.

AWS never gave the studio any money directly, but they offered the team the resources to grow their store. This included a business developer, access to investors, infrastructure to house their data, and two on-call technical support staff.

The end result was the pilot project of a functional app store that could facilitate mobile money payments.

In its pilot phase, the Gara store involved 500 content creators who created approximately 3,000 forms of game content. April 1 is the official launch date for the store.

But even with a solution tailored to fit the gaming market in Africa, Masseka will still have to fight to earn every share of the revenue generated by the Gara store.

A half billion dollar industry

The company donates 80% of revenue from game sales to content creators. The studio takes 20% and deducts about 5-10% of its own income for taxes and operating expenses. This means that Gara only brings in 10% of the game’s total revenue.

Kossoko says this amount is not enough, but he is ready to take the pay cut.

“We know that we have to empower content creators first to structure the gaming ecosystem,” he said. “Once the ecosystem is strong, we will make a lot of money.”

The mobile game market in Africa is profitable. Gaming revenue for mobile games of the top 5 countries in Sub-Saharan Africa totaled around $590 million in 2021.

But the lack of tailor-made solutions to adapt to the mobile gaming market, combined with new entrants into the mobile space, can hamper local revenues. Tax burdens related to digital services may also hamper the growth of the mobile games market.

Handsets made by Chinese phone makers have flooded the African market. Tecno, Huawei, Xiaomi and Oppo hold 34.2% of the mobile provider market in Africa. Each company has its proprietary app store used to distribute apps.

While Kossoko thinks Chinese mobile phone providers can add healthy competition to the gaming market, they can also outspend growing companies like his.

“If Huawei came today and said we would put 100,000 times the money we are to cover the market, we would be invisible,” the founder told DW.

In addition to the grip of Chinese-made cellphones on the African cellphone market, developers also have to deal with digital service taxes levied by the governments of 7 African countries.

“Otherwise it’s going to stop people who want to think about new types of businesses because they have to think about taxes before they develop solutions,” he said.

The future of the Gara store

Despite many obstacles, Kossoko is confident about the long-term sustainability of Gara’s store and the potential his business has to showcase African culture and history on the world stage.

In an adventure created by Masseka Game called “The Legend of Mulu”, the player goes on a quest through the lens of Mulu, a young girl on a mission to find stolen artifacts in Africa. During the trip, Mulu encounters Maasai tribes in Kenya and goes on a marathon with Pygmies in Central Africa.

“The Legend of Mulu” is sprinkled with rich graphics and soundscapes that immerse the player in African culture and history.

The founder believes that this experience helps users experience the richness of Africa through an authentic lens.

Kossoko says the ultimate message of Masseka Game and Gara store is: “Africa is not a black box. We have a lot to share with the world.”