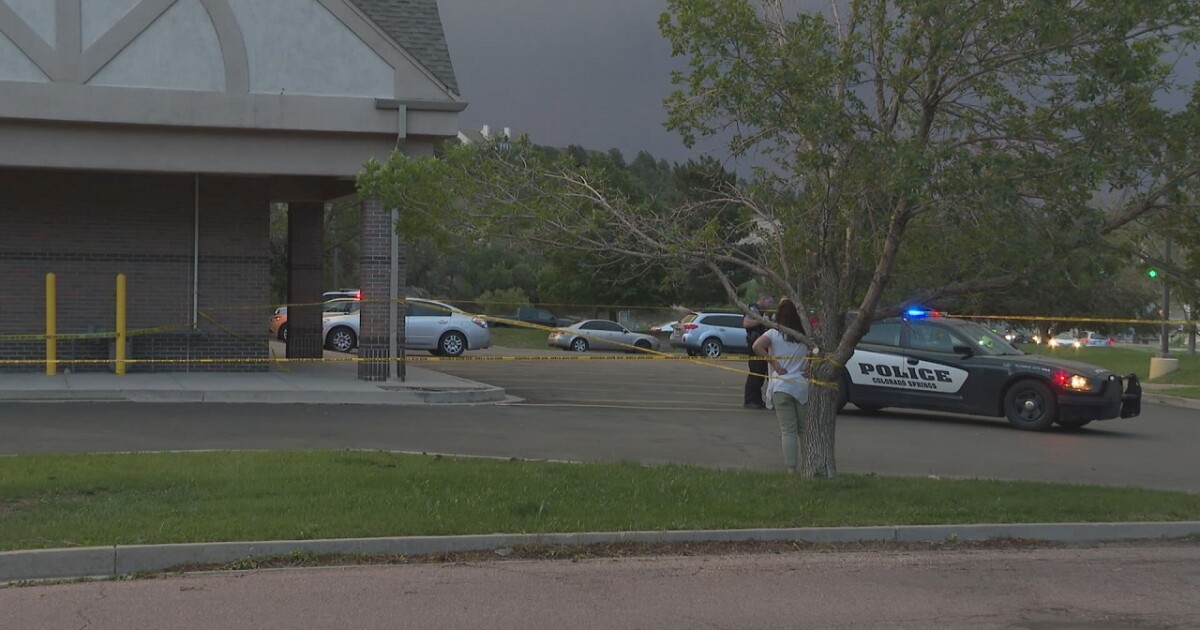 COLORADO SPRINGS, Colorado — Update June 12, 2022
Colorado State Troopers arrested a man near Walsenburg wanted in connection with a homicide investigation at the Colorado Springs pharmacy. Joshua Johnson, 28, is currently being held without bond in the El Paso County Jail for first degree murder.

Detectives from the Colorado Springs Police Department’s Homicide/Assault Unit identified Johnson as a suspect in the death of an unnamed adult at the Walgreens located in the 6800 block of Centennial Boulevard on Saturday evening.

Original story
Detectives from the CSPD’s Violent Crimes Unit are investigating a homicide that occurred Saturday night inside the Walgreens drug store at the intersection of Centennial Boulevard and Flying W. Ranch Road.

Few details of the crime are initially available such as the age or gender of the victim. Officers are investigating the case as a homicide and further information is expected to be released.
_____