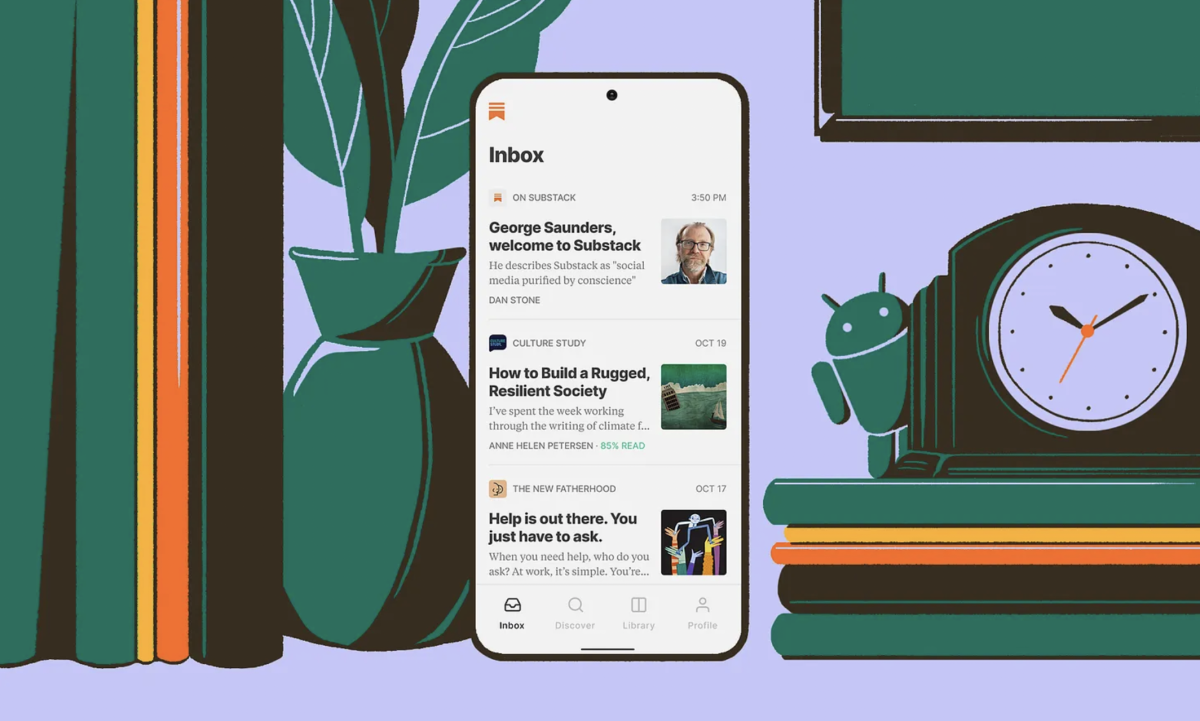 Substack is officially launching its Android app after beta testing, the company announced on Tuesday. The Android app rollout comes six months after Substack introduced its iOS app. The Substack Reader app brings all your Substack subscriptions together in one place where you can read content from the authors you follow. The app is also designed to give writers the ability to better connect with their readers.

The company says the app makes it easier for writers to get new subscribers and for readers to explore and sample sub-stacks they might not have found otherwise. Users can also add any RSS feed to the app through the recently launched Substack web player.

“Your subscribers who use Android devices can expect the same quality reading, watching, and listening experience from our new app,” Substack said in a blog post. “The Android app is simple and focused. No ads, no noise, no spam. Podcasts, videos and community make the inbox even richer. We will be adding new features and functions over time. as we continue to develop the app and improve the experience for readers, writers, podcasters, videographers, community leaders and more.”

Once you open the app, you’ll be taken to your inbox, which shows you new newsletters from all the writers you subscribe to. When you click on a post, you can use the navigation bar at the bottom to view and post comments. On the main homepage, there is a discover tab where you can search or view featured writers. You can also browse content based on categories including tech, politics, travel, podcasts, art and more in the discover section.

Substack says this is only the first version of the Android app, but incorporates early feedback the company has received from users of the iOS app. The company also notes that the iOS app is the source of 10% of all new subscriptions writers receive, and it expects the Android app to achieve similar results.

At the time of the iOS launch, the company said the main purpose of the app was to give users an easy way to read posts and discover new authors on Substack. Additionally, Substack said that while its core framework has been “thriving,” it’s time for it to branch out outside of email and the web.

The launch of the Android app will likely help Substack better compete with other companies in the ever-expanding newsletter market. The rollout comes months after Twitter began testing its “Notes” long-form content feature following its acquisition of Revue. Although Meta was also looking to compete in the newsletter market, today it was revealed that Facebook was shutting down competitor Substack.