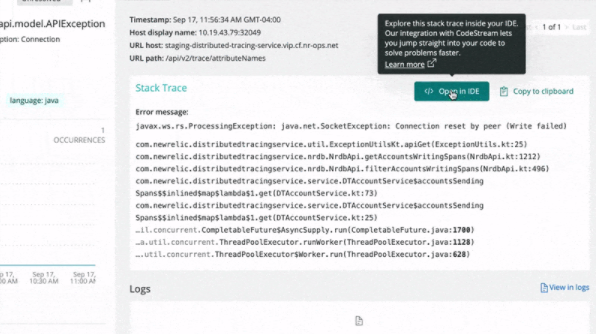 With CodeStream 12.0, operations and development teams can quickly identify application owners and work together to fix critical errors. With one click, developers can jump from New Relic One’s error inbox to their IDE and walk the stack trace for code-level debugging of high impact errors. Additionally, developers can discover, view, filter, and update the status of open issues, all centralized in their IDE.

The PyTorch team has announced the release of PyTorch 1.10. The version is made up of more than 3,400 commits since 1.9, made by 426 contributors. The main goal of PyTorch 1.10 is to improve the training and performance of PyTorch and the usability of developers.

Along with the release of PyTorch 1.10, major updates are also being made to the PyTorch libraries, which you can read more about here.

Google has announced that it will reduce its service fees on subscriptions to 15% for apps displayed on the Play Store. This change is effective January 1, 2022 and applies to all Google Play subscriptions from day one.

This cuts the current subscription fees in half for developers offering subscriptions. In addition, changes are being made to the media experience program to better reflect differences in certain categories. With this, ebooks and on-demand music streaming services will now be eligible for service charges as low as 10%.

For more information on Google Play and its service charges, visit here.