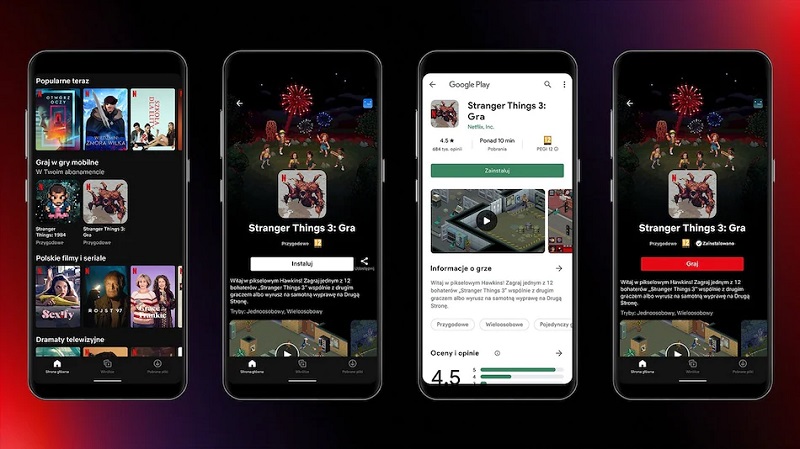 Netflix started its games business with two games for its Android app, but only in Poland.

The video streaming service shared the development via a tweet and said it was at an early stage of play on its platform. In June 2019 at E3, Netflix had its very first speech where it announced a location-based free RPG puzzle called Strange things for Android and iOS. Netflix has been interested in the gaming industry for some time now, and last month in its quarterly letter to shareholders, the OTT service announced that it is currently in the “early stages” of its expansion into the game.

The streaming platform has hired former Electronic Arts and Facebook executive Mike Verdu as vice president of game development. The first two games of its application for Android in Poland are called Stranger Things 1984 and Stranger things 3. The latter was previously available outside the Netflix app on PC and consoles.

Netflix has never really been more than a video-on-demand service. However, it is surrounded by competitors like Amazon’s Prime Video, Apple TV, and Disney + to name a few. The company is undoubtedly one of the best in the business, but it is now expanding into gaming.

It has not been announced when the games will be playable outside of Poland as part of your Netflix subscription. You can access the games only from the home screen of the Netflix app. Tapping on a game will take you to the Play Store, and that game can then be installed and launched from Netflix.

As of yet, there is no information on when Netflix games will hit other markets, including India, and what its library will look like then. More updates can be expected from the company as the service further expands its gaming vertical.