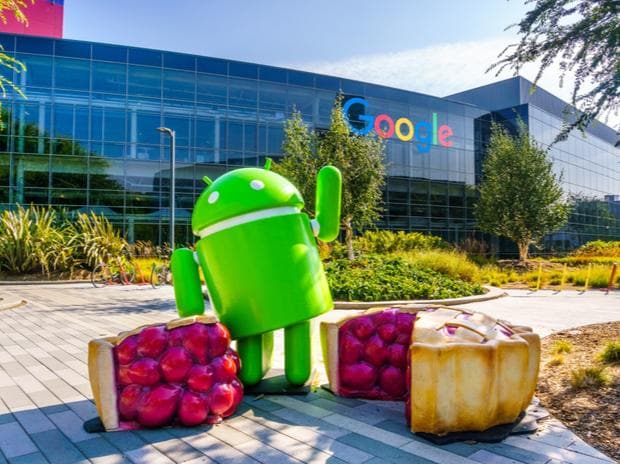 
Tech giant Google’s Android has lost 8% of its global OS market share in five years, however, at least 70% of phones still run on the Android OS, according to a new report

According to StockApps, 7 out of 10 phones run on the Android operating system, while two out of the other three are more likely to be powered by iOS.

Sometimes one of these three will use one of the other lesser-known operating systems. However, Android’s dominance is under increasing pressure from other players if we rely on market data, according to the report.

StockApps said it provided data showing that Android’s global dominance in the operating system space is gradually shrinking. Its global market share in January 2022 was 69.74%. On the other hand, the OS held a market share of 77.32%, the highest ever recorded, in July 2018. Thus, it has sold 7.58% of its stake over the past five years.

The available data show that the dominance of OS is geographical.

For example, 84% of all smartphones in Africa are Android-based. iOS accounts for around 14% of devices on the continent, while Samsung, Nokia and KaiOS share the remaining around 2%.

A similar situation occurs in Europe, where Android OS has a market share of 69.32%. iOS records better prospects here than in Africa, as it runs 30% of all phones here. Again, Samsung, Nokia and other developers have to contend with a miserly one percent market share.

The Asian and South American continents have Android dominating at 81 and 90 percent, respectively. iOS’s share here is 18% in Asia and 10% in South America. Other operating system developers share less than one percent of the telephony market on the two continents.

(Only the title and image of this report may have been edited by Business Standard staff; the rest of the content is auto-generated from a syndicated feed.)

Business Standard has always endeavored to provide up-to-date information and commentary on developments that matter to you and that have wider political and economic implications for the country and the world. Your constant encouragement and feedback on how to improve our offering has only strengthened our resolve and commitment to these ideals. Even in these challenging times stemming from Covid-19, we remain committed to keeping you informed and updated with credible news, authoritative opinions and incisive commentary on relevant topical issues.
However, we have a request.

As we battle the economic impact of the pandemic, we need your support even more so that we can continue to bring you more great content. Our subscription model has received an encouraging response from many of you who have subscribed to our online content. More subscription to our online content can only help us achieve the goals of bringing you even better and more relevant content. We believe in free, fair and credible journalism. Your support through more subscriptions can help us practice the journalism we are committed to.