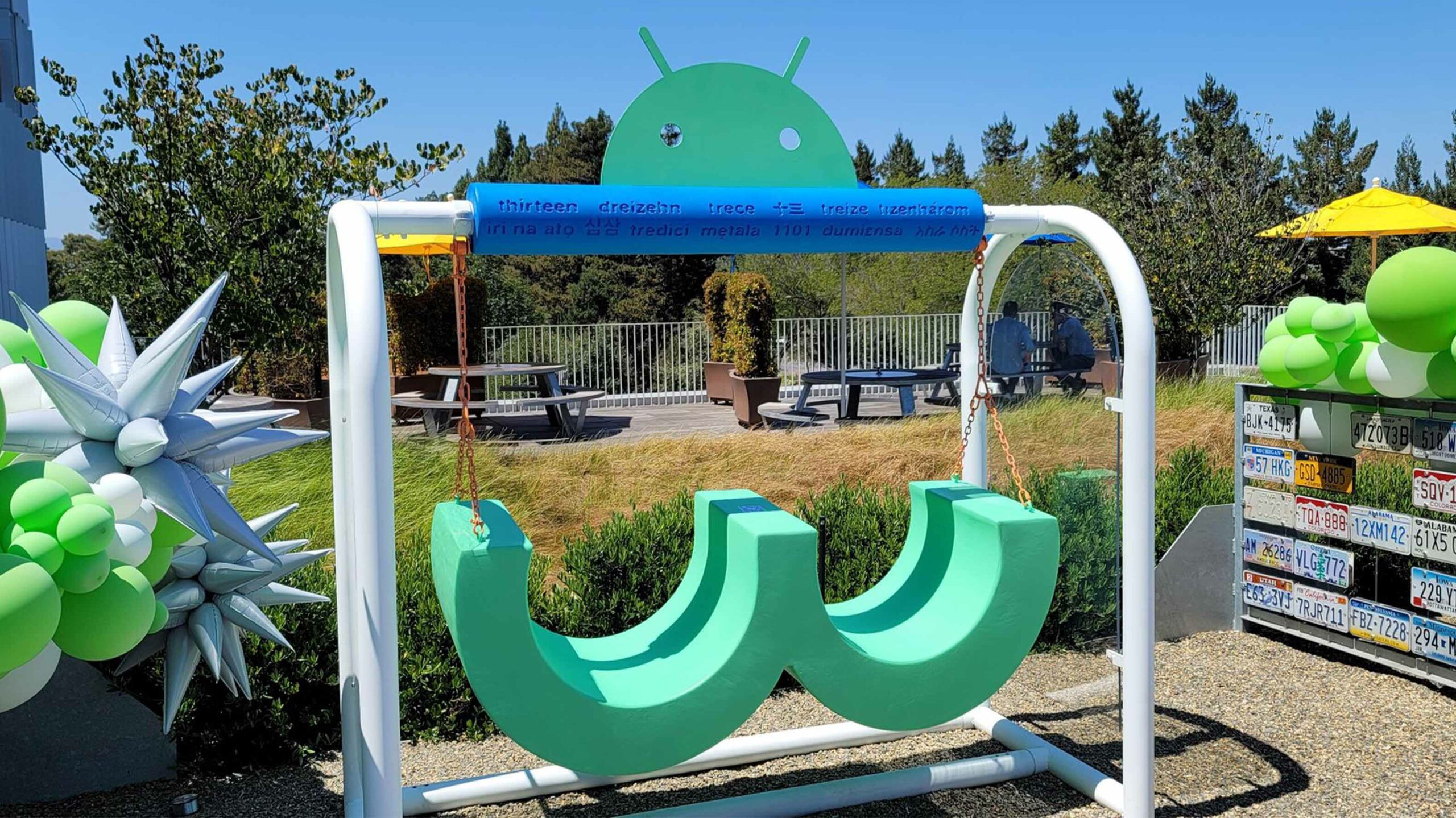 As tradition dictates, Google has installed an official statue on its campus commemorating the release of Android 13. Except, as android font spotted, the statue looks a bit like the android mascot (called bugdroid by many) has grown a big ass.

The statue is believed to be a swing made of the number 13 turned on its side. Unfortunately, Google decided to make the swing crossbar blue instead of green to match the “3” side seat. For this reason, at a quick glance, it is not very obvious that the swing is number 13 turned 90 degrees.

Coupled with the bugdroid’s head appearing at the top in the same color as the 3, it looks a bit like a butt (or maybe other less desirable parts of human anatomy, depending on your imagination and where you draw the lines).

For those who can’t get to the Google campus and experience the new buttdroid for yourself, Google also has an augmented reality (AR) version that you can check out online. The AR version makes the blue bar a bit more prominent, but the stock is still there.

Beyond the new buttdroid display, the new statue joins the group of Android statues that don’t feature desserts. Back when Google still relied on dessert names for Android builds, we had some neat statues that combined the bugdroid with Oreos, pies, ice cream sandwiches, and more. These statues were fun and certainly didn’t look like body parts.

Creatd will launch Vocal’s highly anticipated Android app next month, ahead of expectations