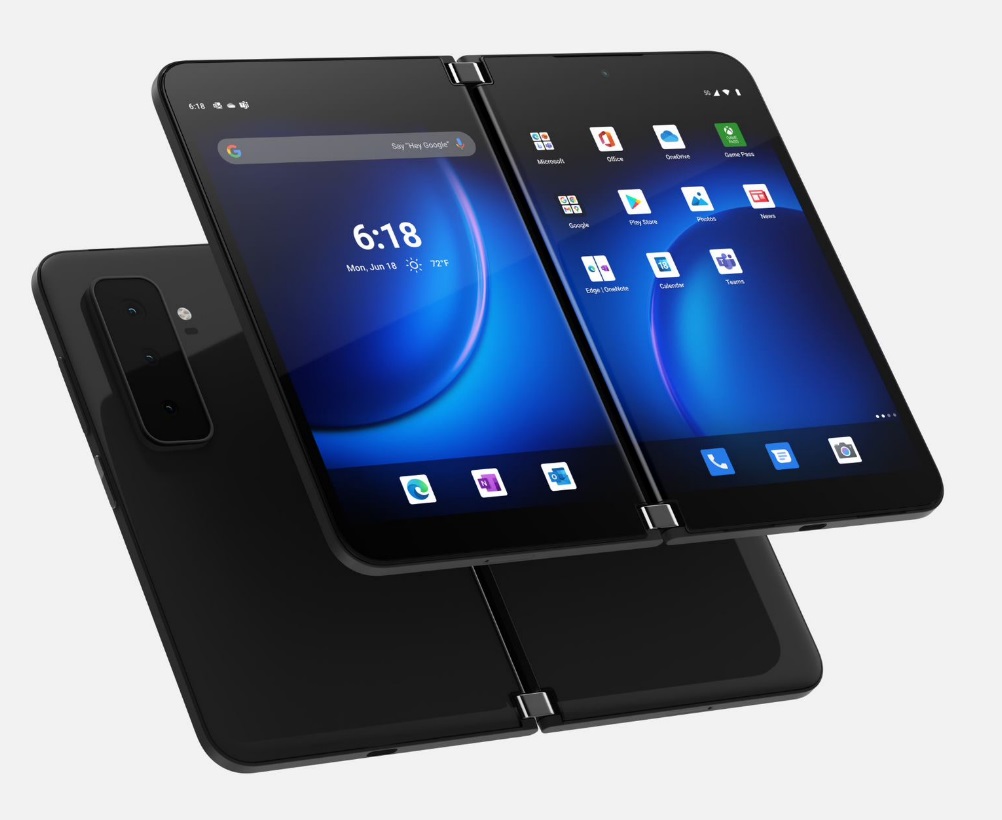 Google’s Android 12 receives a major new feature update that brings many changes to the current generation mobile operating system. In fact, this is such a significant upgrade that it bears its own nameâ€¦ Android 12L. Leading the changes are new enhancements that will make Android 12L perform better on Microsoft’s Surface Duo 2 smartphone.

In fact, the whole point of Android 12L seems to be in making improvements for foldable phone compatibility. While the Surface Dou 2 isn’t a true foldable phone, it will benefit from these changes alongside devices like Samsung’s Galaxy Fold 3.

Perhaps the best of the new abilities is a taskbar refresh. Google says it’s no easier to launch apps on dual-screen or foldable-screen devices. By using gestures, switching apps is more efficient, while split screen mode is accessible by drag and drop.

Google says the drop in Android 12L functionality will come in early 2022.

Microsoft’s Surface Duo 2 will benefit from the Android 12L version, but it might be too little too late.

At the time of the announcements, we took a deep dive into the Surface Duo 2 and how, on paper, it’s a significant improvement on the first model. It’s worth checking out this device breakdown to see how Microsoft has improved performance, design, usability, and the camera.

However, since then I’ve got my hands on the Surface Duo 2 and unfortunately it has many of the same issues as the first model. Microsoft has made improvements and the Duo 2 is still amazing to watch and an engineering triumph. It also still has a lousy camera, software bugs, and just isn’t very usable as a smartphone.

Of course, I’m not alone in this assessment and the smartphone reviews mostly agree. What this means for the future of Surface Duo remains to be seen. Will Microsoft continue to use resources on a device that is not selling well and is experiencing muted reception. It remains to be seen, but we may be on the verge of removing Microsoft from the smartphone market again.

Tip of the day: Are you familiar with Windows 10 SFC and DISM built-in repair tools? With plenty of issues, they can get you back on track without losing data and using third party programs. In our tutorial, we show you how to use them.