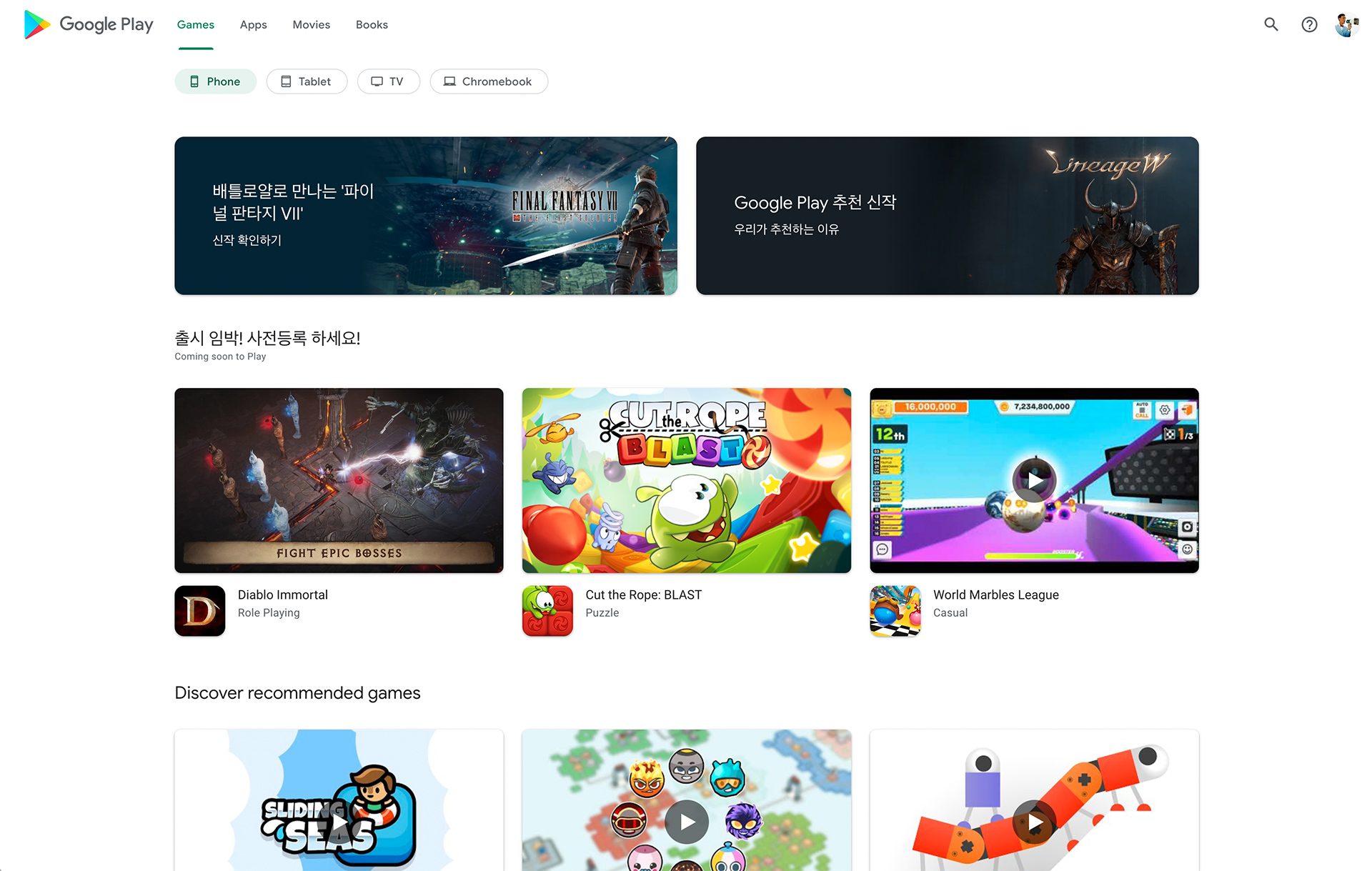 Google’s web-based Play Store is dated, to put it mildly – the large sidebar and map-like listings wouldn’t look out of place on a phone running Android Lollipop. The company, however, appears poised to drag its portal into the modern age. Android Police and a tipster said they have discovered a redesigned Play Store that is much more in line with the current mobile app.

The redesign appears to do away with the large sidebar and maps in favor of a simple four-button navigation system and large, clean lists with auto-play trailers for games. You can filter apps by device type. If you need to access your library or use a gift card, options like these have been moved to the account switcher common to Google web apps.

PA called the redesign a ‘work in progress’ and had to go to the Korean Play Store (the Taiwanese version also worked) to see it. We asked Google if it could comment on this possible test. If the site hints at a bigger overhaul, however, it might be welcome if you regularly purchase apps and media from your computer.