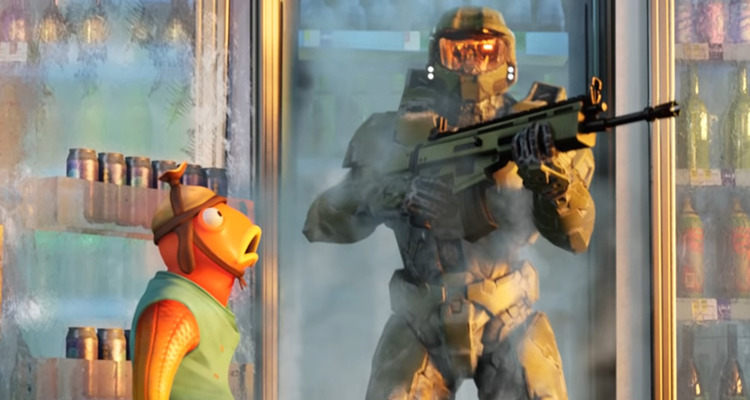 Google has announced that it will start providing official Android app emulation on PC, with Google Play Games coming in 2022.

Related: The nonprofit associated with the Dr. Seuss cancellation partners with Google to create a list of ‘anti-racism’ books for K-12 teachers

The announcement came via a commercial during The Game Awards 2021, courtesy of a short hook it only revealed that the service would be coming to PC in 2022. More details were then provided when Greg Hartrell, Product Director of Games on Android and Google Play at Google, spoke with The Verge after the show.

“Starting in 2022,” Hartrell explained, “gamers will be able to experience their favorite Google Play games on more devices, seamlessly switching between phone, tablet, Chromebook, and soon Windows PCs. This product builds by Google brings the best of Google Play Games to more laptops and desktops, and we’re excited to expand our platform so gamers can enjoy their favorite Android games even more.

Google spokesperson Alex Garcia-Kummert further explained that gamers can start playing on one device and then resume playing on another, even when jumping between platforms (like starting from mobile and switching to computer, for example).

Even more impressively, said Garcia-Kummert, this feat will be achieved without cloud gaming, instead through local emulation on a given device. Google Play Games will also be created and distributed solely by Google.

Google Play Games is currently only intended for Windows 10 and above, with no special integration needed on Windows 11.

According to The Verge, this development comes after Microsoft tested Android apps on PC for months, even creating its own subsystem to run them.

Previously, Microsoft worked with Amazon to store Amazon Appstore games and apps on Windows PCs without Google Play support – although that meant fewer Android games, which was likely a motivating factor in the creation of Google Play. Games.

Another notable rival service includes BlueStacks; with BlueStacks X offering web browsers as a way to use Android apps. There are several considerations that all Android and mobile emulators on PC have to take into account, and Google will face them as well.

While integrating geolocation data and AR cameras into games might not be a top priority – after all, playing games like Pokemon Go at home wouldn’t take advantage of most mechanics – Google Play Games will eventually have to deal with multiple one-time touchscreen inputs, tilt, shake, and all other unique inputs from mobile devices.

They will also be competing not only with Microsoft and BlueStacks but also with unofficial emulators and the convenience of just using the mobile app on their mobile devices.

Plans for Google Play Games have been known since last year, thanks to the Epic Games trial against Apple.

In short, Epic Games offered Fortnite players a way to purchase V-Bucks outside of the App Store in August 2020, which Apple claimed was a violation of their ToS, and led to the kicking Fortnite from iOS devices.

After that, the case became an ongoing legal and public relations battle. [1, 2, 3, 4, 5, 6, 7, 8, 9, 10], before a judge finally ruled that the App Store may have links to external payment options. The trial documents (dated October 2020), in turn, revealed Google’s goal of getting Android games to PC and Mac, including “emulated, native, and streaming games.”

Other companies involved in the lawsuit include Steam creator Valve, which had to give up four years of sales data for more than 400 games as part of Apple’s bid to show the size of the market. Epic.

It also led Epic Games CEO and founder Tim Sweeney to compare the lawsuit to the civil rights movement, Epic Games to hire lobbyists in some US states, and Epic to believe that its own store won’t be profitable until 2023. .

Can’t wait for Google to bring Android games to PC? Let us know your thoughts on social media or in the comments below!