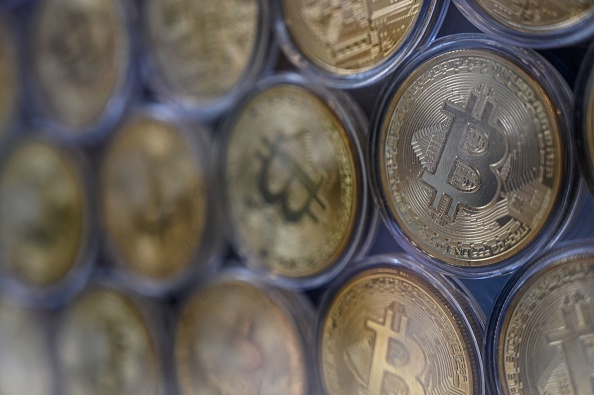 Google Pay Cards will soon store cryptocurrencies like Bitcoin, as it has recently partnered with crypto exchange and payment platforms, such as Coinbase and Bitpay.

(Photo: Photo by OZAN KOSE/AFP via Getty Images)
Physical imitations of Bitcoins are pictured at a cryptocurrency exchange branch near Istanbul’s Grand Bazaar on October 20, 2021, a day after Bitcoin took a step closer to mainstream investment with the launch of a new security on Wall Street linked to cryptocurrency futures. (Photo by Ozan KOSE / AFP)

Google Pay cards to include crypto

Search engine giant, Google, is likely to include crypto cards for Google Pay. It comes as the company hopes it will become a digital wallet rather than just a payment service, according to a report from Android Central.

Google’s president of commerce, Bill Ready, said Google Pay “has no intention of being a bank.” Instead, they want to become the “connective tissue of the entire consumer credit industry.”

In addition to this, according to the Bloomberg report, the Google executive further revealed that Google Pay plans to include cryptocurrencies, such as Bitcoin, as part of its services.

Ready added that Google pays “a lot of attention” to crypto, noting that the tech giant is evolving with the rapidly changing demands of its users.

As such, Google’s commerce president also revealed that the tech giant has already partnered with crypto platforms, such as BitPay and Coinbase to store digital assets in Google Pay cards.

Ready also said that while its users can store crypto on their Google Pay cards, they will still have to pay in fiat or traditional currency.

On top of that, the Google executive also shared that Google is already looking to expand its current partnerships with crypto platforms.

Read also : Google Pay offers cashback to all partner merchants! Here’s how you can get them on YouTube Premium and more

The tech giant has already hired a former executive at a major fintech company, Arnold Golberg, to serve as the new vice president and general manager of Google Pay’s payments division.

Along with his new role at Google Pay, the ex-PayPal executive is also leading an initiative at the tech giant called “Next Billion Users” or NBU.

Meanwhile, Google Pay engineer Peeysush Ranjan is now moving up the ranks as he takes on greater responsibility as managing director of the division’s global efforts.

Google’s Android gaming service for PC is now in beta