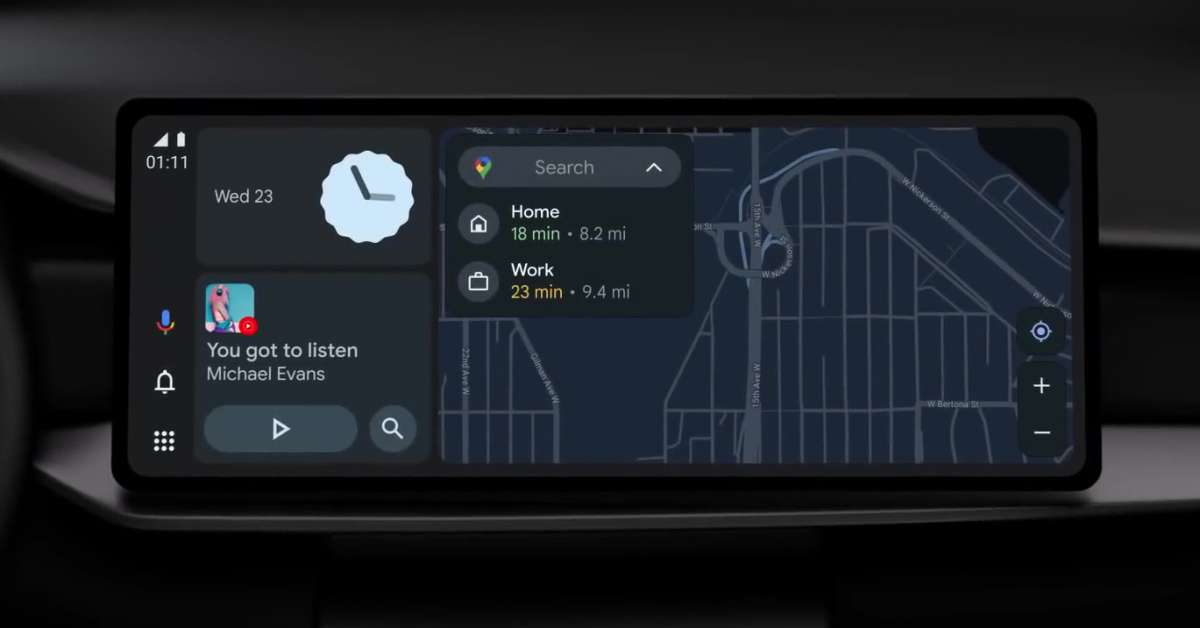 Three years after its last major overhaul, Google’s Android Auto is set to receive another major overhaul this summer (starting in June) in the US. First introduced in 2014, Android Auto has gone through several iterations and the company says it’s now found in more than 150 million cars worldwide and in almost every car brand.

Revealed at Google I/O 2022, the latest version of Android Auto features a new user interface that adapts to different car screen sizes, something its predecessor couldn’t. This is a significant improvement as it maximizes screen real estate and will see the default UI in split screen mode which automatically adapts to a widescreen or portrait format display.

A selection of panels relating to your most used features will all be displayed in one place – à la Apple CarPlay – including media playback, navigation and messaging. “We found that there are three main features that drivers prioritize in their car: navigation, media, and communication,” Google said in its statement.

There will also be a permanent panel to access the app launcher, notifications and Google Assistant. On that mention, the company’s voice assistant will now offer contextual suggestions to help you be more productive in the car.

Examples include suggested replies, messages, sharing arrival times with a friend, or even playing recommended music. Plus, you can now quickly message and call your favorite contacts with just one click, and even reply to messages by selecting a suggested reply on the screen.

Along with Android Auto, Google also highlighted improvements to Android Automotive OS (AAOS), its infotainment platform currently in Volvo models such as the C40, XC40 and Polestar, among others – several automakers have also pledged to adopt AAOS.

New to AAOS is support for third-party video streaming apps such as Tubi and Epix Now, allowing users to have more options besides YouTube for entertainment when their vehicle is parked. Users will also be able to use a web browser and stream their own content from their phone when these features become available later this year.