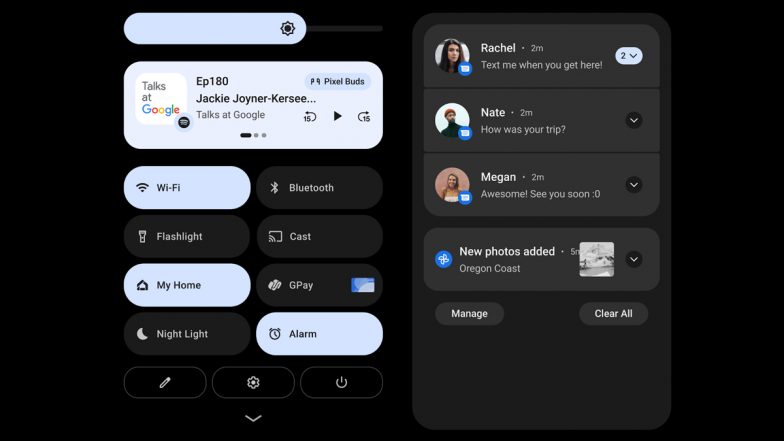 San Francisco: After the release of Android 12, Google announced a preview of Android 12L, which may look like a new version of Android, but Google calls it “a special feature that makes Android 12 even better on big screens.” The idea here is to provide users of tablets, foldable computers, and Chrome OS laptops – anything that has a screen greater than 600 dp – with an improved user interface. Android 12 operating system now available for Pixel smartphones: report.

“In 12L, we have refined the user interface to make Android more beautiful and easier to use on screens over 600sp through notifications, quick settings, lock screen, overview, l ‘home screen, etc. Try your app with UI updates, ”the company said. in a blog post.

The Android 12L Developer Preview is now available for developers who want to try it out, along with a new Android 12L emulator and its support in Android Studio. Google plans to release 12L early next year, “in time for the next wave of Android 12 and foldable tablets.”

In addition to Android 12L, Google also announced new features in OS and Play for developers to better support these devices, TechCrunch reports. These include updates to its material design guidance for large-screen devices, but also updates to Jetpack Compose to make it easier to build these machines and ensure that applications can adapt more easily to the needs of the world. different orientations and screen sizes.

Android Studio also gets a resizable emulator to help developers test their apps on a wider variety of screen sizes and a new visual linting tool to bring up warnings and UI suggestions when the layout presents. problems. As for Google Play, the company will now check apps against its quality guidelines for widescreen apps and its search rankings will take that into account.

(The above story first appeared on LatestLY on October 28, 2021 at 4:43 p.m. IST. For more information and updates on Politics, World, Sports, Entertainment, and Lifestyle , connect to our website Latestly.com).