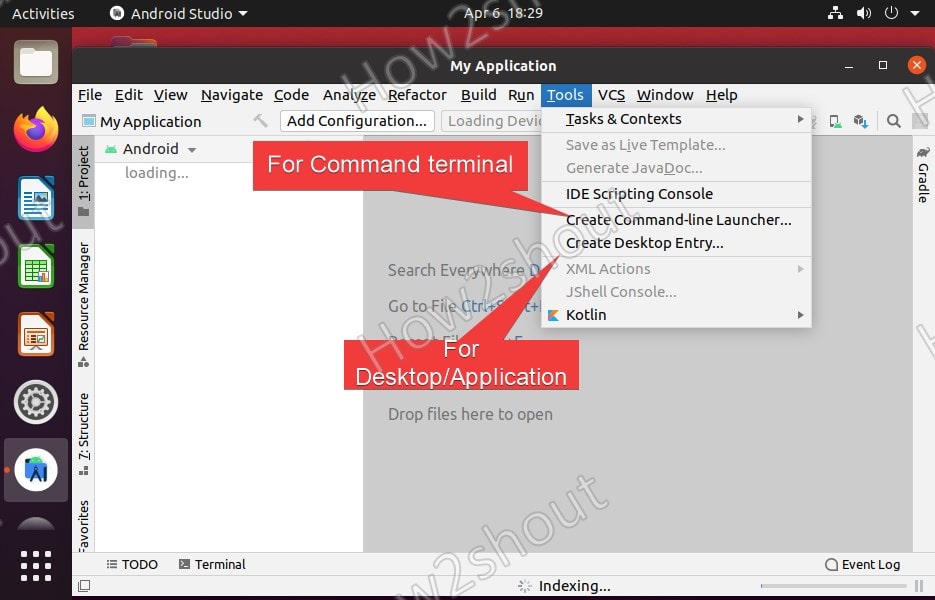 Android Studio is a platform that provides a set of tools for developing Android apps on Windows, macOS, Linux, and ChromeOS. However, if you have just installed Studio on Linux and are having trouble creating a shortcut on the desktop or adding its folder to the system path to run the Android Studio GUI directly from the command line, here is a tutorial on that.

We have already shown a tutorial- how to install Android Studio on Linux such as Ubuntu 20.04, CentOS, Linux Mint, etc. If you haven’t installed it yet, check it out. Moreover, those who have installed this Android app development platform using The SNAP package manager therefore does not need this tutorial.. Because it will automatically create a desktop shortcut.

Thus, this tutorial is for those who have installed Android studio by downloading its package available on the official website.

So run the Studio.sh script which is available in the folder android-studio/bin. The location of this folder depends on where you extracted it.

After running the script you will get a setup wizard if you run it, the first time otherwise a window will open, Create a new project or open an existing one. Here we are creating a new …

Just select the Next button. 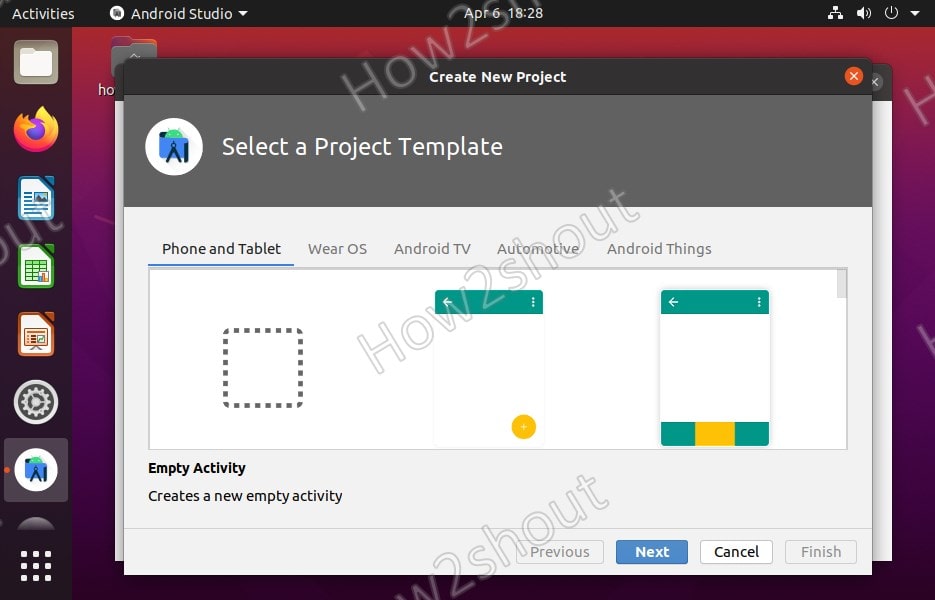 Leave the default settings as they are or change them as needed. However, since our main goal is to create shortcuts, just leave them as is. 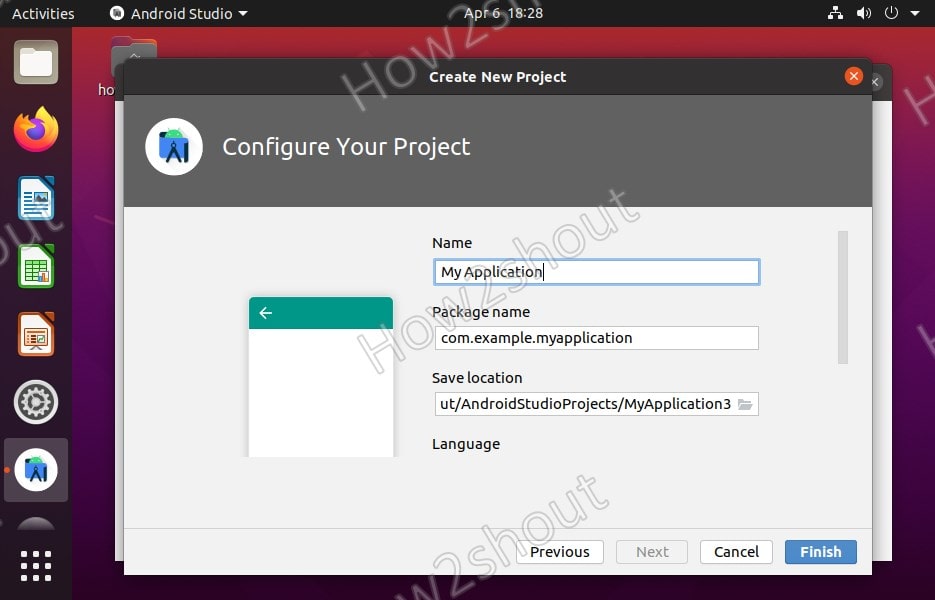 Here is the key part of the tutorial. Once on the Android studio coding screen, to create a shortcut, click Tools.

For a Desktop shortcutt and an application launcher, select the “Create an office entry …”Option.

“You can create a launch script to enable opening files and projects in Android Studio from the command line. Please specify the name of the script and the path where it should be created “

The system will automatically find the path, so leave it as it is… Just press the OK button.

Anytime you want to access this app development platform.