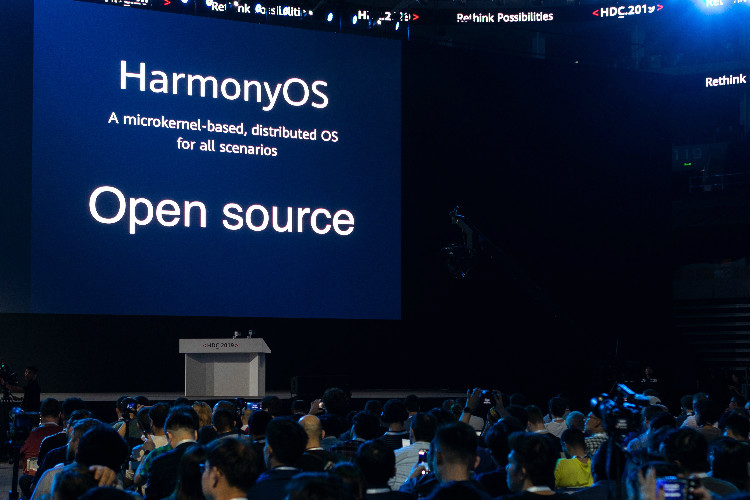 Applications based on HarmonyOS can run on different devices while providing a seamless collaborative experience in all scenarios.

The ongoing US-China trade war has done something good for deep-pocketed Huawei: to create its own ecosystem where it doesn’t need to look to US tech giants to power devices. connected.

HarmonyOS – a new distributed micro-kernel-based operating system designed to deliver a consistent user experience across devices and scenarios – is one such move that could threaten the dominance of Google’s Android market leader. in the near future.

HarmonyOS can run on any device, has cross-platform capabilities, and supports all scenarios – from smartphones to laptops, smart TVs to Internet of Things (IoT) devices.

For the layman, the kernel is the heart of an operating system and a microkernel is a milder version for better efficiency and low latency.

Today, Android holds 76% of the mobile operating system market, followed by iOS at 22%.

HarmonyOS is completely different from Android and iOS and supports seamless collaboration between devices.

You can develop your apps once and then deploy them flexibly to a range of different devices, Huawei says.

With HarmonyOS, app developers won’t have to deal with the underlying technology of distributed apps, allowing them to focus on their own individual service logic.

Applications based on HarmonyOS can run on different devices while providing a seamless collaborative experience in all scenarios.

It will also reduce application response latency by 25.7%, Huawei claims.

It can automatically adapt to different screen layout controls and interactions, and supports both drag-and-drop control and preview-oriented visual programming.

This will allow developers to more efficiently build apps that run on multiple devices.

HarmonyOS 1.0 will first be adopted in Huawei’s smart display products, which are expected to launch later this year.

Over the next three years, HarmonyOS will be optimized and gradually adopted on a wider range of smart devices, including wearable devices, HUAWEI Vision, and headunits for cars.

“We believe HarmonyOS will revitalize the industry and enrich the ecosystem,” said Richard Yu, CEO of Huawei’s Consumer Business Group.

However, there will be some initial issues with its adoption.

According to Patrick Moorhead, ranked best analyst in the world and president of Moor Insights & Strategy, with HarmonyOS, the time and investment required to port applications will be enormous.

“The hardest part will be the linkages with peripherals like cameras, fingerprint readers, microphones, AR sensors, all of which are API-based for Android APIs, not Harmony,” Moorhead tweeted. .

“The exception is Huawei’s home market in China, where the company has enough leverage to attract developers. But it is a global company with global ambitions.

“Globally, HarmonyOS will face the same issues as Windows Phone and Tizen and other budding Android and iOS alternatives: without apps, no one is buying the devices. If no one owns the devices, developers don’t care about customizing the apps, ”a report said on Wired.com.

Whether HarmonyOS will be a great platform for connected devices, only time will tell, but the road ahead is not easy, especially when Google is also developing a similar operating system.

Google’s Fuchsia, which is in the works, is also an open-source micro-kernel operating system, designed to run on IoT and connected devices.

Google is slowly starting to open up to its next-generation operating system that will take Huawei HarmonyOS head-on.

Android Studio 3.5 becomes stable with all fixes and improvements in Project Marble