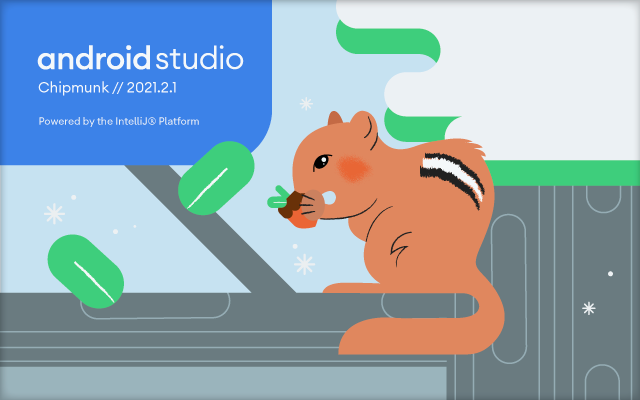 This is a relatively minor update focused more on stability

Android itself may be straying from the fancy, having ditched its cute dessert names for major releases (at least, other than for in-house development), but it certainly seems Android Studio has been more than willing to take over, adopting a trend of naming stable releases after animals in mid-2021. The first update under this new naming scheme arrived as Arctic Fox and has since been replaced by Bumblebee. Now, after months of beta testing, Google is pushing out its latest stable release, and it’s coming with new features to help improve the Android app building process – with a cute new animal name, of course. safe: Chipmunk

More formally designated version 2021.2.1, Android Studio Chipmunk is a smaller release than the previous one and focuses more on stability, providing fixes for over 175 quality issues – but includes at least a new IntelliJ update. A notable new feature is the general availability of the Compose Animation Preview, which allows Jetpack Compose developers to inspect and debug their animations. A variety of controls are now offered, such as pause, loop and fast forward.

Google is also giving us an update to the CPU Profiler trace that allows it to show more information about jank when using the Android emulator or physical devices running Android 12 (or later when we we finally get some 13 versions). A new Jetifier check in Build Analyzer lets developers know when it’s safe to remove it to improve performance, and this new IntelliJ update now bundled with Chipmunk provides benefits like scaled analysis of the project, an improved package search UI, and improvements to IDE actions.

Developers can download the update immediately via Android Studio’s built-in updater, or can also head to the official download site.