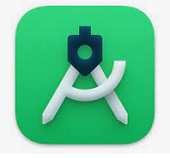 The latest version of Android Studio, Bumblebee, is now available in a stable release, as is the latest version of the Android Gradle (AGP) plugin. The developers claim to have improved functionality in a wide area of ​​the typical developer workflow, specifically build and deploy, profiling and inspection, and design.

Android Studio is the official IDE for Android. It is based on IntelliJ IDEA by Jetbrain and supports the same programming languages ​​as IntelliJ with extensions for Android.

Improvements to the Bumblebee version begin with a new Device Manager that replaces the AVD Manager. The new version adds new features that the developers say make it easier to create and manage all your local test devices. Specifically, you get a more flexible UI that supports docking in the IDE, floating, or in a separate window, as you can with other Android Studio tool windows. This gives you easier access to your devices without obstructing other IDE windows.

There is also a Virtual tab for creating and working with virtual devices, and a Physical tab can be used to pair a new device using ADB Wifi and view details of each physical device.

The Layout Inspector has also been enhanced with the ability to save snapshots of your running app’s layout hierarchy, so they can be shared or used for later reference. Snapshots capture the data you would typically see when using the Layout Inspector, including a detailed 3D rendering of your layout, your view’s component tree, composition, or hybrid layout , and detailed attributes for each component of your UI.

App inspection has been improved, with the network inspector now part of the app inspection tool window, and a more powerful background task inspector that can be used to inspect jobs, app alarms and wakelocks, in addition to existing support for worker inspection. .

Android Studio 4.1 – No relief in sight

Love it or hate it, Gradle hits version 7.0