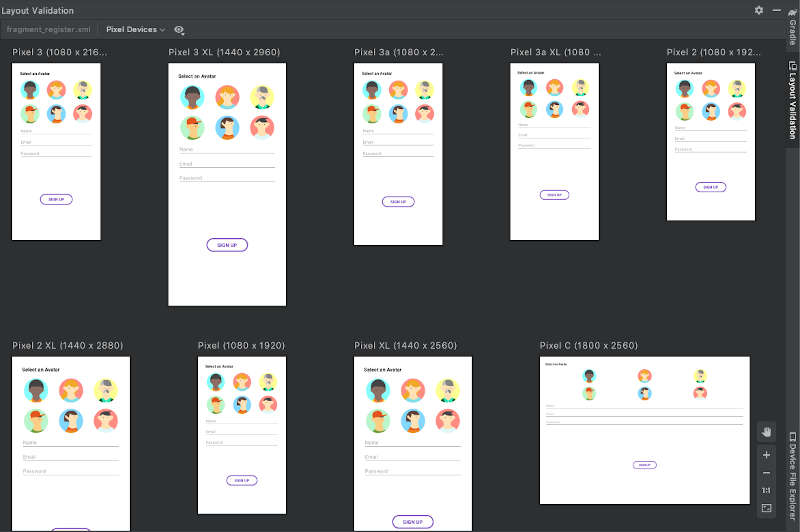 It’s time for Android 4. Something to look forward to and now it’s here – not a decimal point upgrade but a full unit. So what’s so good about it?

The big problem with Android Studio is that it’s slow and sprawling. You can guess it must be like this due to the variety and complexity of the Android ecosystem, but is it really that hard to put a button on a form? It seems like. Of course, Android has some tough issues to solve. Unfortunately, the solutions generally made more problems. For example, there are many different screen sizes, so the layout is difficult. A first solution was to use fragments. This made the user interface very difficult to create and very prone to errors. A slightly later solution was to use a constraints layout container. An interesting experience, but slow and difficult to use. Now what approach do you use – Fragments? Compulsory disposition? Fragments with layout Constraint? We still have the constraints layout and it is still being improved.

In version 4, we have the motion editor as a way to bring unwanted animation to the UI for your users to enjoy. One good thing is that the Layout Inspector has improved, but if the Layout Editor was better we probably wouldn’t use it as much. You can at least now check your layouts on multiple screen sizes at once. Solving problems is another matter.

Then we have Java – a big deal because Android uses its own bytecode which effectively decouples its language version from newer versions of Java. The real thing is already in Java 14, although Java 11 is the last long-term support version and the previous LTS version, Java 8, is still the most widely used version, see Java 8 remains dominant. For Android Studio 4, it was announced that you can now use Java 8 in all versions of the SDK. It works by converting the new features of 8 back to standard Java before the compiler starts using it. It is a kind of polyfil compiler. That’s fine, most of the big language improvements happened in 8, but … what about Kotlin? What about the Oracle Google lawsuit concerning the theft of Java by Android? Where are we on all of this? Is Kotlin hope for the future or is he too dependent on JDK to be safe from Oracle?

Then there’s the new build analyzer that tells you where your program is wasting time – too bad it doesn’t run on Android Studio itself as it might when speeding up. You need a big machine to put it to good use – that’s not the way IDEs should be.

Then there’s Gradle – how many Android programmers have any idea what it is? For the most part, this is a mysterious spell to the gods that usually ends during an Android Studio update – good news, this is not the case when upgrading to version 4. Well that wasn’t the case when I switched to the stable channel. The new Gradle plugin seems to be working and it now has a dynamic functionality module that allows you to define dynamic dependencies – newbies will love this. You can also turn off the build features by typing in many configuration parameters using a DSL. Some IDE configuration options may be easier and more discoverable.

“While we are excited about the potential of using Kotlin to configure your version, we will continue to refine the DSL API of the Android Gradle plugin throughout the next year, which may result in API changes. for Kotlin script users. “

Yes, this is the kind of thing users love to hear – nothing like a good breaking change. So what are you using Gradle or Kotlin DSL?

You can tell I’m not a happy fan. I think the development of Android has become more complex and less rewarding with each version of Android Studio and to make matters worse we have Android Jetpack trying to reinvent the whole framework.

I can summarize very simply today’s Android environment – too much churn and too much uncertainty.

Android Studio 4 is an upgrade to the decimal point hiding behind a full increment.

But don’t let me put you off. See if a true believer can convince you otherwise:

JetPack and Android Studio 3.2 – Not much new

Chromebook tablets – The end of Android?

Android Studio 4.0 is a major upgrade for the application development tool

These are the dongle, the remote control and the new Google Android TV UI.