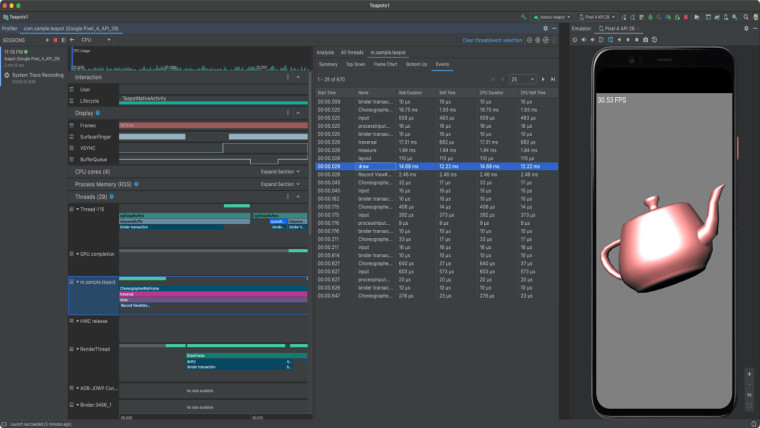 Android Studio 4.2 is now available with support for multi-device deployment

Android Studio is the go-to Integrated Development Environment (IDE) for developers building Android apps. That’s why Google regularly releases software updates across multiple channels so that users can familiarize themselves with or report issues with changes made before they are rolled out to the general public.

First of all, Google noted that it realizes that it is sometimes difficult to upgrade apps to the latest version of the IDE, so it has included a new app upgrade wizard that streamlines this process and ensures that your app takes advantage of the new Android Gradle. Plugins API. The Apply Changes utility has been improved so that you can make more types of code changes and apply them immediately without restarting the app while running on devices with Android 11+. Android Gradle Plugin 4.2 has a new resource compiler which improves build performance on Windows machines. The default programming language has also been updated to Java version 8.

Android Studio 4.2 is compliant with the platform updates present in IntelliJ IDEA Community Edition 2020.2, which features a window showing issues in a centralized UI as well as a GitHub UI for pull requests. The IDE now also supports Safe Args, which can be used for data encapsulation when using JetPack Navigation. The automatic code entry for Direction Args is also present. Project and module wizards have received cosmetic updates to make it easier to find device types and modules respectively.

On the debugging side, the Database Inspector has been enhanced to work offline so that you can diagnose your app’s database even after a crash. A query history utility has also been added. The Retrace command-line tool was made available as a stand-alone utility that allows you to de-obscure method names and frames so that stack traces are human readable.

When it comes to app testing, multi-device deployment is back in Android Studio 4.2, improving overall productivity. The system trace has been enhanced to include an event table that displays CPU core frequency and RSS memory counters, among others.

You can download Android Studio 4.2 from the stable channel here.

Android Studio 4.2 is official with new improvements and features