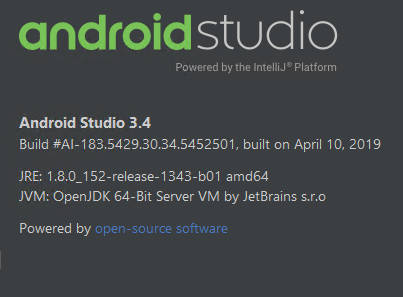 It’s time for another Android Studio update. It doesn’t bring much new, but promises it’s better. Yet my old projects still crash on update and where are the missing widgets? You have to conclude that Google’s Android Studio team just isn’t listening.

Android currently seems to know everything about the project with the catchy name Marble.

Project Marble is our goal to make the fundamental characteristics and flows of the Integrated Development Environment (IDE) rock solid.

And yet, as I said before, updating is still just as painful. The new version installed, but my old projects could not be compiled because of a new Gradle. I know some people don’t complain about it, but I have no idea what they’re doing to me. After some time tinkering, everything works now, but why do I/we have to do this every incremental update?

Even though they try to make things better, not much has actually improved and Android programmers continue to suffer from constant turnover. The app’s new resource management tool is good, but there are hundreds of pages of tutorials to get you started, all now outdated. The emulator is further improved and it has been updated to support Android Q Beta – no more unsubscribing.

Overall the IDE is still slow and you need to fire up the biggest machine you can find – and don’t think about trying to do anything else at the same time. Sometimes it’s fast, then sometimes it pauses a bit too long to be comfortable. It’s a problem that seems to be getting worse, not better.

The layout properties panel has been improved with minor changes:

“We now have just one pane, with collapsible sections for properties. Additionally, errors and warnings have their own highlight color, we have a resource binding control for each property, and we have a updated color picker.”

But the improvements are so minimal that it’s probably not worth the churn produced.

The way Android Studio with the help of Jetpack makes Android development a moving target is unfortunate, especially for the beginner. It’s important for the Android Studio team to move to a less frequent release – annually, or better only when there’s something added that’s worthwhile. An IDE should be immutable unless there is a compelling reason to change.

Watch the promotional video – you might be nicer than me:

Android Studio does the beginner a disservice and probably provides features that the advanced Android programmer rarely uses. Currently, it seems too complex and much of it is a mystery to beginner and expert alike.

JetPack and Android Studio 3.2 – Not much new

Chromebook tablets – The end of Android?