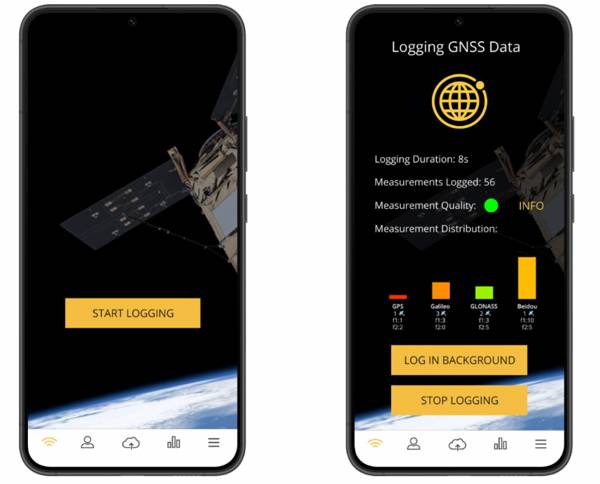 The European Space Agency wants to improve weather forecasts using GNSS observations on smartphones. Download the free CAMALIOT app to participate in data collection The campaign will run until June 30 and participants will be able to win prizes.

CAMALIOT is a project funded by ESA (European Space Agency) and led by ETH Zurich in collaboration with ESA to build the infrastructure to ingest large volumes of observations from various types of compatible receivers GPS, including Android phones.

The CAMILIOT application was developed to collect data from the GNSS (Global Navigation Satellite System) network of satellites in orbit around the earth. These are the satellites used for location-based applications such as satellite navigation, but ESA has new uses for the data. For his first project, the idea is to use satellite signals to get more information about the atmosphere, building on the fact that water vapor in the atmosphere can affect how a signal satellite propagates through the air. As a result, the app collects information to track signal strength, the distance between the satellite and the phone being used, and the carrier phase of the satellite.

By collecting lots of data from around the world and combining it with existing weather records, researchers can measure long-term trends in water vapor and use it to improve weather forecasts on Earth and in space.

According to the FAQs of the CAMILIOT site:

The objective of this project is the modeling and forecasting of the troposphere/ionosphere related to the troposphere and the ionosphere based on the fusion of GNSS observation data (raw GNSS data from the CAMALIOT mobile application and data GNSS of geodetic stations) along with other sources of valuable information, all achieved with the use of machine learning.

There is a strong tradition of using crowd effort and data for scientific research, think [email protected] and more recently [email protected] Climate change is a popular topic and Zooniverse and BOINC have many projects that individuals can join. To assist ESA in its data collection initiative for machine learning analysis of meteorology and space weather models, first install the CAMALIOT app from Google Play, which works on devices running Android version 7.0 or later supporting satellite navigation. Leave your Android phone near your window each night with your satnav positioning enabled and your phone will register small variations in satellite signals. Upload your session to the server and repeat. This campaign started on March 17 and runs until June 30 and details on how to win prizes such as a dual frequency Android phone and Amazon vouchers will be available during the campaign.

What was in store in the first quarter? First Quarter 2022 Threat Overview