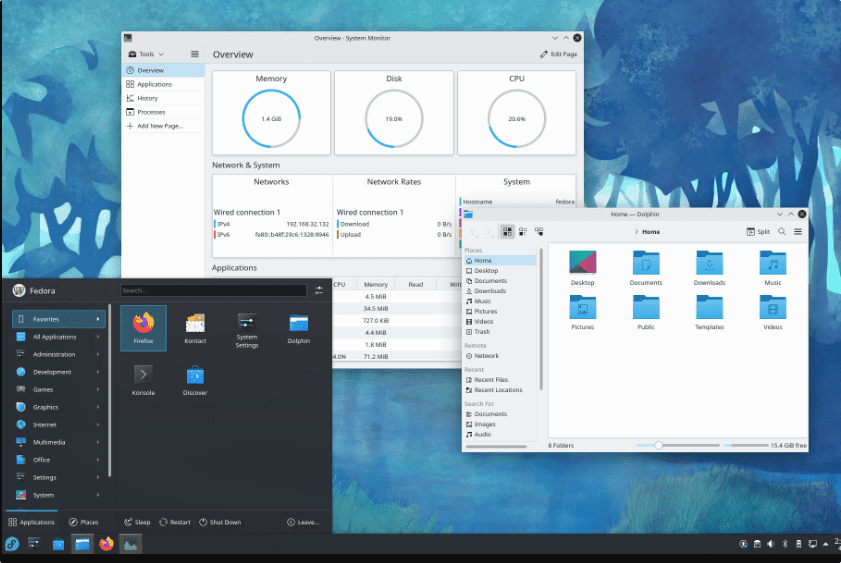 Here are some best stable Linux distros to install Android Studio to code and develop apps in an open source and secure environment.

Among the popular operating systems, Linux has always been the first choice for many programmers and developers because they don’t have to pay for it. Moreover, being an open source licensed software, it is easy for programmers to customize Linux according to their needs. Moreover, Linux also supports a wide range of programming languages ​​including C, C++, Perl, Ruby, PHP, etc.

Even Linux is now a backbone of the Internet, cloud hosting, Android, smartphones, routers, and many other devices. Therefore, system administrators and developers must learn how to use a Linux system. There was a time when it was just a cup of tea for coders, but now even ordinary desktop users can learn and use Linux easily thanks to attractive and intuitive graphical desktop environments.

This guide focuses on some of the best Linux distros for developers and programmers and highlights the key features that make them ideal for programming/development purposes.

Here we have listed some of the best Linux distros based on the tools, documentation, community support, popularity, and ease of use they offer. You can easily install Android Studio on these Linux operating systems.

This may not seem digestible to those who haven’t used MX Linux before, but you should do it once. It is a light and lightweight Linux based on the stable branch of Debian with a background of AntiX and Mepis. The default edition offers an XFCE desktop environment with other options such as KDE Plasma and Fluxbox.

It offers a good collection of open source tools to handle day-to-day computing needs, including tools to manage boot options and repository management.

MX Linux distro is not one of the best to use only for developers, even regular basic desktop users can go for it due to huge collection of Wallpapers, Themes, Conkies and of icon sets for customization.

“Best documented and easy to use Linux for developers”

Well, we didn’t want to include Ubuntu because it’s the first Linux that users (desktops and developers) think of using. The reason behind this is long-term support, availability of thousands of tutorials, stability, and less learning curves.

Even the official Android Studio project documentation website uses Ubuntu Linux to show how to install it. Therefore, getting started with Android Studio is easy, even on the most recent version of Ubuntu such as 22.04.

There is also another advantage of using the most popular Linux OS, which is that you can find most developer tools and libraries to install directly using the APT package manager. and the official Ubuntu repository.

If the system repository is missing some tools that you want to use, developers can opt for an additional package repository called Personal Package Archive (PPA). Moreover, SNAP, a universal package manager is also there to be used. Learn: 2 Ways to Install Android Studio on Ubuntu 22.04 LTS

To help developers and programmers install some popular IDEs such as NetBeans, Pycharm, Vscodium and other development tools, even Android Studio Along with all the required dependencies, the system offers a command line tool called Ubuntu brand. However, it is not available for installation using the default system repository. User must use SNAP or PPA repo. Here are the commands for it.

Arch Linux is more popular among the professional Linux community and those who want full control over their operating system. However, if you want to start from scratch, the learning curves will be there. Nevertheless, programmers and developers can easily use Arch Linux to create their custom operating system.

Well, those who don’t want to bang their heads against Arch Linx’s complicated installation and go through its learning curves can rely on an Arch-based system called Manjaro which is easy to install and use.

Manjaro Arch saves time for developers who want to focus directly on their out-of-the-box programming project; if you like rolling Linux distros and an always up-to-date repository.

It has a simple graphical installer just like Ubuntu or Linux Mint which also simplifies the update methods. Since it combines all the strengths of Arch Linux, it is best suited for beginners looking for an alternative to Arch. Manjaro is available in three editions with GNOME, KDE and Xfce each.

With a powerful package manager from Manjaro, users can install various development software using a GUI such as Netbeans, Pycharm, Android Studio, KDevelop… To extend access to a variety of packages, users can also access AUR, Flatpak and Snap repositories. , do not forget to activate them.

The developers of paid Red Hat Linux also offer a free Linux version: Fedora. It is community-based and quickly adopts technical innovations. The tested and proven functions are then transferred to Linux Red Hat, which is offered to enterprises.

“Fedora Workstation” is aimed at the private user and is distinguished by particularly good security functions. The software and features are generally up to date, so developers who want to try cutting-edge software can opt for Fedora. Compared to Redhat and CentOS Stream, the repository offers a wide range of software.

Apart from the Workstation editions, the others are Server, IoT, CoreOS, and Silverblue. Fedora has extensive libraries and tutorials and offers 2-year lifecycle support which provides better support for tools and applications. Fedora is always on the lookout for the latest open source features, driver updates, and software.

These are not the only Linux distributions to install Android Studio, however, if you are new to development or even an experienced programmer, it is a good idea to opt for some popular Linuxes due to good support, stability, a large community, online tutorials, and a wide range of packages and libraries to install directly using their official repositories.